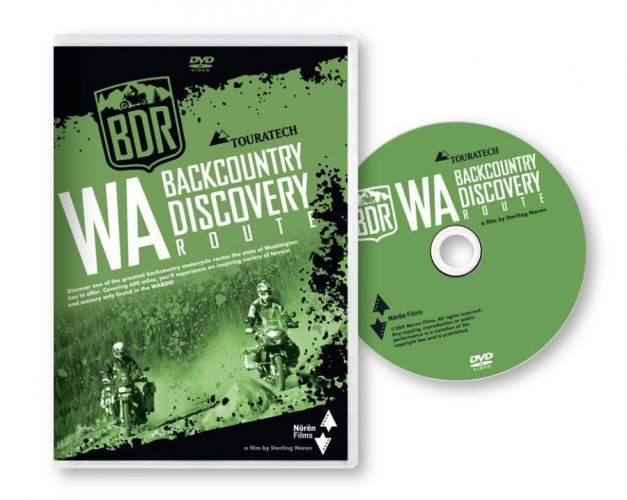 Pictures from the WABDR Tour

The Washington Back-Country Discovery Route (WABDR) is a scenic driving route across Washington State from Oregon to Canada for dual-sport adventure motorcycles and 4x4 vehicles.

This 600 mile long north-south route uses mostly un-paved backroads through the Cascade Mountains. This specific route was conceived and mapped by Bryce Stevens and Andrew Cull in early 2010. Stevens and Cull drove the route in a 4x4 vehicle (Toyota FJ Cruiser) in late July and early August 2010 to scout the roads, create a GPS track and prepare for the initial motorcycle expedition. The motorcycle expedition took place in late-August 2010 with six motorcycles (BMW and KTM) and a support 4x4 vehicle. Other similar routes across Washington State have been been created and ridden prior this one including routes by Herb Gaudreau and Ralph Noble (in 2002), Tom Mehren of SoundRider, Douglas Hoffman, Steven G. Bisig, and others.

Touratech-USA was the lead sponsor of the project. In addition to providing funds for the project, Tom Myers (President) and Paul Guillien (General Manager) provided support in many ways. We are grateful for their commitment to make this project a reality.

Sterling Noren of Wide World HD Productions filmed the expeditions to create a feature-length documentary. More information on the WABDR can be found on the Wide World HD blog.

It is our hope that many people will travel this route in the future and help us to improve it. There are many ways to cross the state through our amazing mountains and we’ll need a large community communicating through our website to discuss the pros and cons of each variation and the many optional side-trips. Oregon has an established route called the OBDR and we wanted Washington to have one as well. This expedition was just the beginning.